Scripture and the Mass by J. Luis Dizon 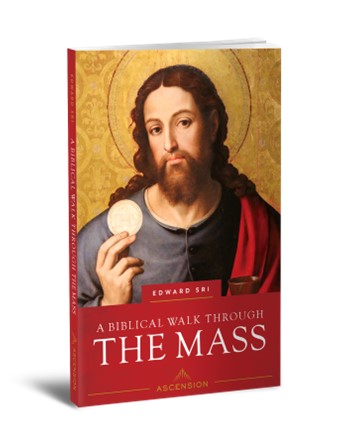 Most Catholics are unaware of just how much of the Bible they are exposed to in every Mass. Many think that the only Scriptures being read during the Mass are the Missal readings. In reality, the liturgy is suffused with Biblical quotations and allusions. These can take the form of direct quotations, paraphrases, or more general application of Biblical principles. Dr. Edward Sri has documented many of these in his book, A Biblical Walk Through the Mass, which is one of the best books on this topic.

In this article, I would like to share a few of the passages that are quoted or alluded to during the Mass. My hope is that this will help Catholics to better appreciate the Biblical foundations of our liturgy. All Scripture quotations are from the NRSV. The translations may differ slightly from the wording used during the Mass.

And behold, Boaz came from Bethlehem. And he said to the reapers, “The Lord be with you!” And they answered, “The Lord bless you.” (Ruth 2:4)

The grace of the Lord Jesus Christ, the love of God, and the communion of the Holy Spirit be with all of you. (2 Corinthians 13:14)

The Confiteor (Confession of Sin):

If we confess our sins, he who is faithful and just will forgive us our sins and cleanse us from all unrighteousness. (1 John 1:9)

Therefore confess your sins to one another, and pray for one another, so that you may be healed. The prayer of the righteous is powerful and effective. (James 5:16)

The Kyrie (Lord Have Mercy):

On the way to Jerusalem Jesus was going through the region between Samaria and Galilee. As he entered a village, ten lepers approached him. Keeping their distance, they called out, saying, “Jesus, Master, have mercy on us!” (Luke 17:11-12)

As he approached Jericho, a blind man was sitting by the roadside begging. When he heard a crowd going by, he asked what was happening. They told him, “Jesus of Nazareth is passing by.” Then he shouted, “Jesus, Son of David, have mercy on me!” Those who were in front sternly ordered him to be quiet; but he shouted even more loudly, “Son of David, have mercy on me!” (Luke 17:35-39)

But the tax collector, standing far off, would not even look up to heaven, but was beating his breast and saying, ‘God, be merciful to me, a sinner!’ (Luke 18:33)

The Gloria (Glory to God in the Highest):

And suddenly there was with the angel a multitude of the heavenly host, praising God and saying,

“Glory to God in the highest heaven,

“Holy, holy, holy is the Lord of hosts;

A very large crowd spread their cloaks on the road, and others cut branches from the trees and spread them on the road. The crowds that went ahead of him and that followed were shouting,

“Hosanna to the Son of David!

Blessed is the one who comes in the name of the Lord!

The Words of Consecration:

While they were eating, Jesus took a loaf of bread, and after blessing it he broke it, gave it to the disciples, and said, “Take, eat; this is my body.” Then he took a cup, and after giving thanks he gave it to them, saying, “Drink from it, all of you; for this is my blood of the covenant, which is poured out for many for the forgiveness of sins. I tell you, I will never again drink of this fruit of the vine until that day when I drink it new with you in my Father’s kingdom.” (Matthew 26:26-29)

For as often as you eat this bread and drink the cup, you proclaim the Lord’s death until he comes. (1 Corinthians 11:26)

The Agnus Dei (Lamb of God):

The next day he saw Jesus coming toward him and declared, “Here is the Lamb of God who takes away the sin of the world! (John 1:29)

The Domine Non-Sum Dignus (Lord, I am not Worthy):

When he entered Capernaum, a centurion came to him, appealing to him and saying, “Lord, my servant is lying at home paralyzed, in terrible distress.” And he said to him, “I will come and cure him.” The centurion answered, “Lord, I am not worthy to have you come under my roof; but only speak the word, and my servant will be healed. (Matthew 8:5-8)

By reading these texts, we can greater appreciate the words of the Liturgy, because we understand that they do not come from ordinary human ideas, but from God’s inspired Word, which the Church has taken and applied to our Liturgical worship.